Anton Defade’s early Pittsburgh experience includes his studies at CAPA, and his experience as principal bassist with the Pittsburgh Youth Symphony. In 2010 he received honorable mention in the ASCAP Young Jazz Computer Awards for his composition, “Just One of Those Nights”.

Anton has studied at the New School for Jazz in New York City with Bob Cranshaw, Hal Galper and Charile Persip. He and others in the Center of Life Jazz Band took 2nd place in the Monterey Next Generatioin Jazz Festival. Currently he is a member of the Bachelor Boys Band, and Elevations Music, LLC. 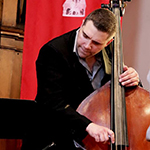 Tony DePaolis is a graduate of Johns Hopkins University, and was selected for the Betty Carter Jazz Ahead program held at the Kennedy Center in Washington, DC. His supple, solid playing and working knowledge of many different styles of music has led to an intense schedule of performances in Pittsburgh and around the U.S. Visit Tony’s site at: www.tonydepaolis.com 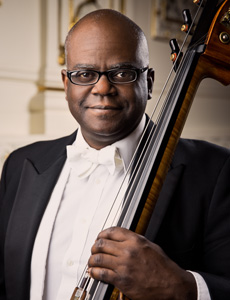 Jeff Grubbs has been with the Pittsburgh Symphony since 1996, and previously was a member of the Atlanta Symphony and Florida Philharmonic. As a jazz artist, he has performed with Nat Adderly, Kenny Burrell, Joe Lovano, and Dr. Lonnie Smith to name a few. He is active in the Pittsburgh jazz community.

Sam Harris is one of Pittsburgh’s most versatile and talented young musicians. Born in Toledo, Ohio, Sam began playing bass in the fourth grade. He moved to Pittsburgh when he was 14 and attended the city’s Creative and Performing Arts High School, building his repertoire of both jazz and classical music. Living in Pittsburgh also gave Sam the opportunity to perform with well-known jazz professionals the Pittsburgh Youth Symphony Orchestra. In 2012, he began his studies at Temple University in Philadelphia, where he will earn his Bachelor’s degree in Jazz Performance in May of 2016. An inhabitant of both Pittsburgh and Philadelphia, Sam has had the opportunity to perform with some of the best jazz musicians on the East Coast, including Roger Humphries, Dick Oatts, Terell Stafford, Tim Warfield, and many others. 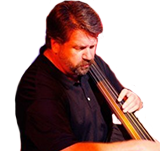 Bob Insko is a member of the “Phoenix Jazz Project”, a sextet that has wowed audiences from Pittsburgh to Prague. He has performed with nationally acclaimed artists, Harry Connick, Jr., Rob McConnell, and Phil Woods, among others. He is a Music Teacher for the Kiski Area Schools. 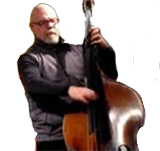 Dave Pellow has toured the U.S., and Japan with various groups, and has performed at the Montreaux Jazz Festival in Switzerland. He is currently Director of Jazz Studies and Ensembles at the Carnegie Mellon Preparatory School. 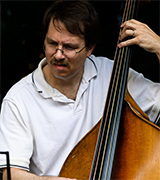 Mark Perna has been playing bass since 1980 and studied under guitarist Emily Remler. Since the late 1990’s Mark has been performing primarily with saxophonist Don Aliquo, Sr., along with guitarist Eric Susoeff, guitarist Ken Karsh, saxophonist Lou Stellute, and at times with various other artists. Mark has had six of his own CDs and has produced Don Aliquo, Sr.’s two CDs, as well as having produced singer/songwriter CDs, including that of Peter King and Jack Erdie.

Brian Stahurski has performed with the Pittsburgh Ballet Orchestra, Wheeling Symphony, WQED’s “Live from Studio A” on PBS, and various artists around Pittsburgh. In 1999-2001 he toured the U.S., Europe and Asia with jazz trumpet legend Maynard Ferguson. He has recorded on the Concord Jazz label with Ferguson, vocalist Michael Feinstein and vocalist, Diane Schuur. Along with performing, he is a bass instructor at CALU, Slippery Rock and Duquesne Universities. 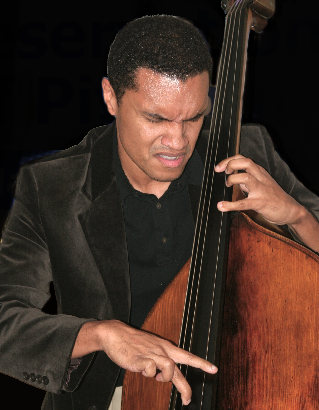 Paul Thompson has been part of Pittsburgh’s jazz community for over 20 years, and is an adjunct music teacher at Pittsburgh’s CAPA Performing Arts School and Guest artist/lecturer at West Virginia University, and WV Weslyan College. He was bassist/musical director for trumpeter Maynard Ferguson as well as played bass in saxophonist Stanley Turrentine’s last touring group. Paul has also shared the bandstand with such greats as Milt Jackson, Jon Faddis, Marlena Shaw, and Geri Allen. Visit his site at www.paulthompson.us 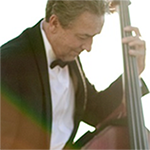 Bassist Virgil Walters has toured with Jazz vocalists Buddy Greco, and Maureen McGovern, and shared the stage with Rebecca Paris, Sonny Stitt, Dakota Staton, Peggy Lee and Diane Shurr. He was part of Pittsburgh’s Trio Grande which formed in the 1970’s with John D’Amico and Rodger Ryan. Today you will often find Virgil performing in the Pittsburgh area with Erin Burkett.